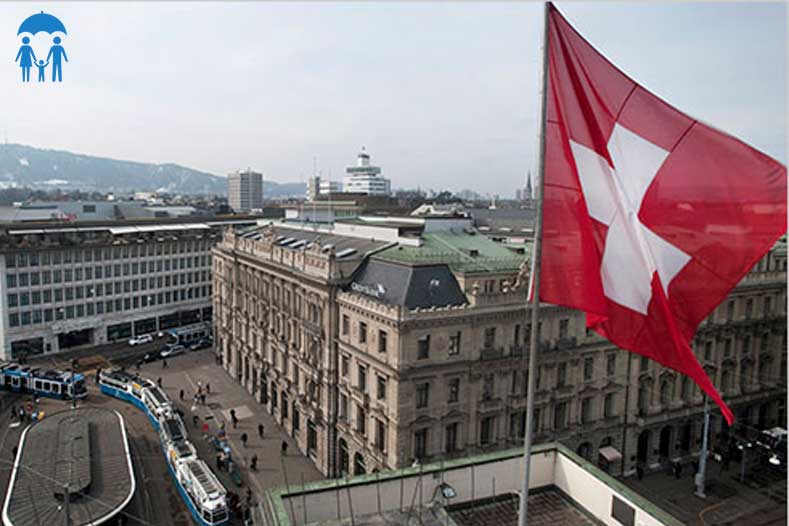 List of Banks in Switzerland
Banking in Switzerland began in the early 18th century through Switzerland’s merchant trade and has, over the centuries, grown into a complex, regulated, and international industry. Along with the Swiss Alps, Swiss chocolate, watchmaking and mountaineering, banking is seen as emblematic of Switzerland. Switzerland has a long, kindred history of banking secrecy and client confidentiality reaching back to the early 1700s. Started as a way to protect wealthy European banking interests, Swiss banking secrecy was codified in 1934 with the passage of the landmark federal law, the Federal Act on Banks and Savings Banks.

The Swiss banking system includes the “Two Big Banks” (UBS and Credit Suisse), 24 cantonal banks, private banks, cooperative Raiffeisen Group and foreign banks. UBS and Credit Suisse account for over 50% of the banking sector’s total assets and deposits. Banks are normally open from 8:30 am to 4:30 pm, Monday through Friday except for holidays.

The Swiss Financial Market Supervisory Authority, more commonly known as FINMA, regulates banks in Switzerland. UBS and Credit Suisse are the two largest banks in Switzerland, accounting for more than 50% of total deposits in the country. The Swiss banking system comprises of:
✔ Big banks
✔ Foreign banks
✔ Raiffeisen Group – Cooperative banks
✔ Private banks
✔ Cantonal Banks – Government-owned commercial banks that account for around 30% of the banks in Switzerland

The top banks in Switzerland
Bank Cler AG (formerly Bank Coop)
A universal bank providing a wide range of products and services for personal customers and small and medium-sized businesses.

Bank J. Safra Sarasin
Established in 1841, Bank J. Safra Sarasin is a subsidiary of Brazilian Safra Group. The bank provides investment advisory and asset management services to private and institutional clients. It came into its present state in 2013, when the Safra Group acquired Bank Sarasin & Co. Ltd and merged it with its Bank Jacob Safra Switzerland subsidiary.

Bank for International Settlements
An international financial institution which serves as a bank for central banks. It was established in 1930 and is based in Basel, Switzerland.

BSI
A Swiss private bank providing asset management and related services for private and institutional clients. In 2016, it was acquired by EFG International AG.

Credit Suisse
Founded in 1856, Credit Suisse is one of the leading banks in Switzerland and is headquartered in Zurich. The bank’s four divisions include:
✔ Investment Banking
✔ Private Banking
✔ Asset Management
✔ A Shared Services Group that provides marketing and support to the other three divisions
With a presence in 50 countries, Credit Suisse employs around 48,200 staff. The bank serves clients through three regionally focused divisions: Swiss Universal Bank, International Wealth Management, and Asia-Pacific.

Falcon Private Bank
One of the leading Swiss private banking boutiques offering products and services to private clients, wealthy families and institutional investors. The Bank accepts deposits of US$5 million and above.

Habib Bank AG Zurich
A commercial bank incorporated in Switzerland. It is privately owned and managed by the Habib family.

Notenstein La Roche Private Bank
A Swiss private bank based in St. Gallen. It operates as a subsidiary of Raiffeisen (Switzerland).

Rothschild Bank AG
An independent Swiss bank specializing in private banking and asset management. The Bank is a part of Rothschild Group.

Swiss National Bank (SNB)
The central bank of Switzerland established in 1907. It manages the gold reserves of Switzerland, which amount to 1,040 tonnes.

Union Bancaire Privée (UBP)
One of the major Swiss wealth management banks and a leader in the hedge fund industry. With a Tier-1 ratio of over 22%, UBP is one of the best-capitalized Swiss banks.

UBS
UBS came into existence in 1998 after the merger between Union Bank of Switzerland, founded in 1862, and Swiss Bank Corporation, established in 1872. It is the largest of the banks in Switzerland, with seven main offices around the world.
Headquartered in Zurich, the bank provides wealth management, asset management, and investment banking services.

Valiant Holding AG
A Swiss financial services provider. It operates through a network of more than 100 local branches in the Swiss cantons of Aargau, Basel, Berne, Fribourg, Jura, Lucerne, Solothurn, Waandt and Zug.

WIR Bank
An independent complementary currency system serving small and medium-sized enterprises. Established in October 1934 in Zurich, it has around 60,000 members.

Zurich Cantonal Bank
Founded in 1870, the bank is the largest of the cantonal banks in Switzerland. Headquartered in Zurich, it provides savings accounts, central mortgage institution loans, investment management services, and professional financing advisory services to Swiss and German customers.