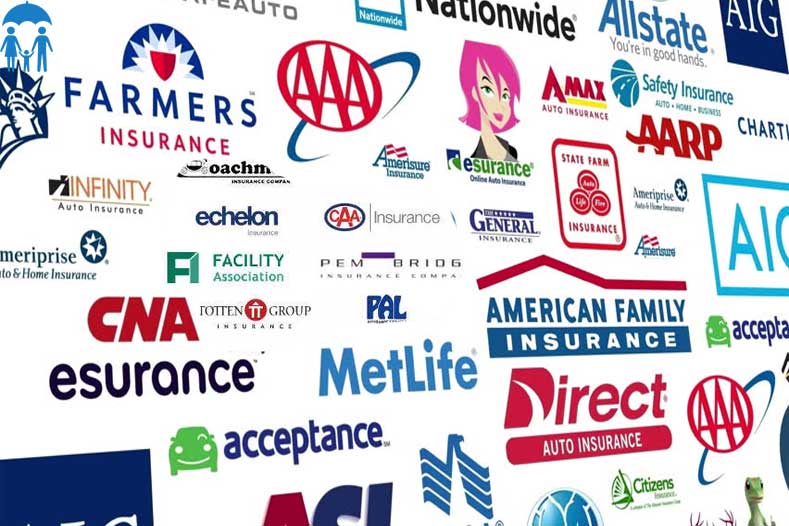 Top 10 Insurance Companies
There are a number of ways to rank the size of insurance companies. Companies can be measured by their market capitalization (the value of the company on a stock exchange) or by using sales figures such as net premiums written in a year or how many policies were sold.

“I am prepared for the worst, but hope for the best.” ~ Benjamin Disraeli

Insurance helps us to do exactly what this quote suggests. We all face many kinds of risks: risk of meeting with an accident, falling sick, being a victim of a natural disaster or fire, and above all risk of life. All these risks not only come with pain and suffering but also hurt financially. Insurance is one way of being prepared for the worst; it offers the surety that the economic part of the pain will be taken care of. In this article, we take a look at some of the top insurance companies. There are many criteria on the basis of which such a list can be prepared: premium collections, market capitalization, revenue, profit, geographical area, assets and more. The following list focuses on a number of factors and the insurance companies on it are in no particular order.

Not all insurance companies are publicly traded. In fact, many insurers are structured as mutual companies where policy holders of participating policies are essentially partial owners of the company. The mutual company model for an insurance company dates back hundred of years, and there are certain benefits conferred on policyholders that do not exist with publicly traded (stock company) insurers.

1) AXA
With over 102 million customers in 56 countries and an employee base of 157,000, AXA is one of the world’s leading insurance groups. Its main businesses are property and casualty insurance, life insurance, saving and asset management. Its origin goes back to 1817 when several insurance companies merged to create AXA. The company is headquartered in Paris and has a presence across Africa, North America, Central and South America, Asia Pacific, Europe and the Middle East.

In 2013, AXA as a move to increase its foothold in Latin America acquired 51% of the insurance operations of Colpatria Seguros in Colombia. During the same year, AXA became the largest international insurer operating in China as a result of its 50% acquisition of Tian Ping (a Chinese property and casualty insurer). In addition, the company acquired the non-life insurance operations of HSBC in Mexico. The AXA Group reported total revenues of €99 billion for fiscal year 2015.

2) Zurich Insurance Group
Zurich Insurance Group, a Switzerland-headquartered global insurance company, was founded in 1872. Zurich Group, together with its subsidiaries, operates in more than 170 countries, providing insurance products and services. The core businesses of Zurich include general insurance, global life and farmers insurance. With its employee strength of over 55,000, Zurich caters to the vast insurance needs of individuals and businesses of all sizes: small, mid-sized and large-sized companies and even multinational corporations.

4) Berkshire Hathaway
Berkshire Hathaway Inc. (BRK.A) was founded in 1889 and is associated with Warren Buffet, who has transformed a mediocre entity into one of the largest companies in the world. Berkshire Hathaway is now a leading investment manager conglomerate, engaging in insurance, among other sectors such as rail transportation, finance, utilities and energy, manufacturing, services and retailing through its subsidiaries.

5) Prudential plc
Prudential plc (PUK) is an insurance and financial services brand with operations catering to 24 million customers across Asia, the U.S., the U.K and most recently Africa. Prudential was founded in United Kingdom in 1848. Prudential Corporation Asia, Prudential U.K., Jackson National Life Insurance Company and M&G Investments are the main businesses within the group. Jackson is a prominent insurance company in the United States, while Prudential U.K. is one of the leading providers of pension and life.

Prudential plc is listed on the stock exchanges of London, Hong Kong, Singapore and New York. It has approximately 22,308 employees worldwide, with assets under management worth £509 billion.

6) United Heath Group
The UnitedHealth Group Inc. (UNH) tops the list of diversified health care businesses in the United States. Its two business platforms – UnitedHealthcare for health benefits and Optum for health services – work together, serving more than 85 million people in every U.S. state and 125 countries. The UnitedHealth Group uses its experience and resources in clinical care to improve the performance of the health care services sector.

The company reported revenue of $157.1 billion in 2015. Fortune has featured UnitedHealth Group as the “World’s Most Admired Company” in the insurance and managed care sector six years in a row.

7) Munich Re Group
Founded in 1880, Munich Re Group operates in all lines of insurance and has a presence in 30 countries, with focus a on Asia and Europe. The company’s primary insurance operations are carried out by its subsidiary, ERGO Insurance Group, which offers a comprehensive range of insurance, services and provision. Munich Re Group’s home market is Germany, where ERGO is a leader in all areas of insurance. The group’s newest arm, Munich Health, parlays the group’s risk-management and insurance expertise into the health care field.

8) Assicurazioni Generali S.p.A.
Assicurazioni Generali, founded in 1831, is the Assicurazioni Generali Group’s parent company. The Generali Group is not only a market leader in Italy, but is also counted as a prominent player in the field of global insurance and financial products. The group, with a presence in more than 60 countries, is an international brand with dominance in Western, Central and Eastern Europe. The Generali Group’s prime focus has been life insurance, offering diverse products from family protection and savings polices to unit-linked insurance plans. It offers an equally diverse range of products in the non-life segment as well, such as coverage of car, home, accident, and health, along with coverage of commercial and industrial risk.

The group has 77,000 employees and a client base of 65 million people worldwide. It has €480 billion in assets under management and is one of the world’s 50 largest companies.

Japan Post Holding, which went public in 2015, reported consolidated after-tax profits of $3.84 billion from April through December of 2015. The group runs the largest insurer in Japan (Japan Post Insurance).

10) Allianz SE
Founded in 1890, Allianz SE is a leading financial services company, providing products and services from insurance to asset management. Allianz caters to customers in more than 70 countries with €1.8 billion in assets under management. Insurance products range from property and casualty products to health and life insurance products for corporate and individual customers. The company is headquartered in Germany.

The Others
Some of the other reputable names in the insurance business are ING Group (ING), Prudential Insurance Company of America (a subsidiary of Prudential Financial, Inc., PRU), AIA Group Ltd., Ping An Insurance Company of China, Ltd., American International Group, Inc. (AIG), Manulife Financial Corporation (MFC), and MetLife, Inc. (MET). Picking the right insurance company to invest in is important and should not be based on a company’s size alone. A few things on your check list should be the company’s rating, its financial strength, if the company specializes in any particular type of insurance, refusal of claims in the past, proximity of office, premium rates and discounts offered on multiple policies.