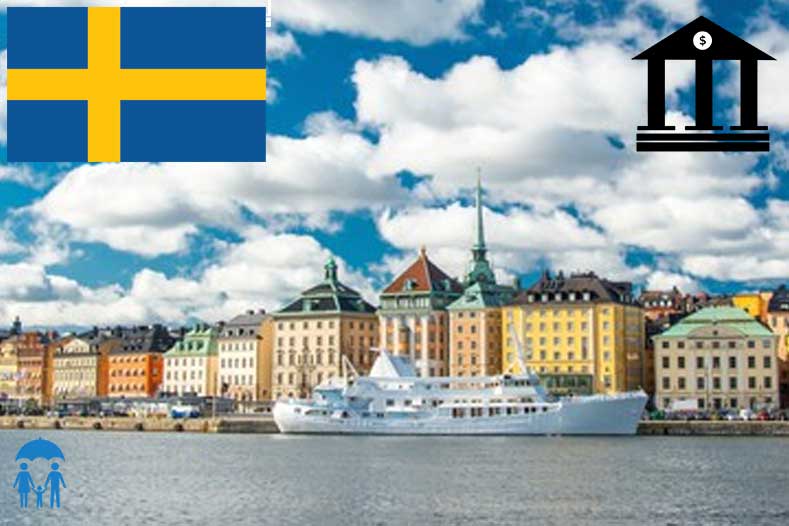 List of top banks in Sweden
Currently, there are more than 114 banks in Sweden. The four biggest banks in Sweden account for more than 80% of the industry’s total assets. The Swedish banking system comprises four categories. They are:
– Commercial banks
– Foreign banks
– Savings banks
– Co-operative banks

Swedish banking sector has a very developed structure and consists of 114 banks of various size and specialization, which can be divided into four categories: Joint-stock banks, Foreign banks, Savings banks and Cooperative banks.

In Sweden, there were 36 banks in the form of a limited liability company, two co-operative banks, 51 savings bank and 28 branches of foreign banks.

The largest banks in the country are Swedbank, Handelsbanken, Nordea and SEB, which are active in all segments of the financial market of the country. They account for over 80% of the total assets of all Swedish banks. In the deposit market, their share exceeds 80%, and in the lending market is 70%.

Avanza Bank
Avanza is a Swedish niche savings bank with more than than 250,000 customers and 400,000 accounts, that represents about 2% of the Swedish savings market.

Ikano bank
Ikano Bank AB is a consumer finance bank established in 1995 by Ingvar Kamprad (the founder of IKEA), owned by the Kamprad family through IKANO, a group of businesses which also include insurance, retail and real estate companies in many countries.

Länsförsäkringar bank
Founded in 1996, the bank operates a wholly owned subsidiary of Länsförsäkringar Group, which is owned jointly by the group independent regional insurance companies.

Nordea
Nordea Bank AB is a part of Nordic banking and financial services group, established in 2000 as a result the merger of Merita Plc, Unibank and Kreditkas.

Nordnet Bank
Nordnet Bank provides investments, savings, loans, and pensions services. The bank is a fund retailer, starting as a broker and now operating as one of the banks in Sweden. Headquartered in Sweden, it currently employs 400 individuals. The bank is also present in Norway, Denmark, and Finland.

Skandiabanken
Skandiabanken is a Swedish bank, a wholly owned subsidiary of Skandia – largest financial group in the country.

Sveriges Riksbank (Bank of Sweden)
This is the most important bank among all, because Sveriges Riksbank (alternatively, Bank of Sweden) is the central bank of Sweden. This bank controls and regulates the monetary policy of the banking system so that the price remains stable. This bank was founded long, long ago, around 349 years ago, in the year 1668. And it is considered to be the oldest central bank in the whole world. It is authorized under the Riksdag, the parliament of Sweden.

Swedbank
Swedbank AB is a Swedish banking company and financial group with operations in the Nordic and Baltic countries. The bank was established as Föreningssparbanken in 1997.

Westra Wermlands Sparbank
It was one of the oldest banks of Sweden. It was established in the year 1856, around 161 years ago. It is one of most significant savings banks in Sweden. The head-quarter of this bank is located in Arvika and it operates majorly in Western Warmland. In the year 1998, it has become a part of Swedbank. It has employed around 100 employees. At the end of 2016, it had total assets of SEK 9.5 million.