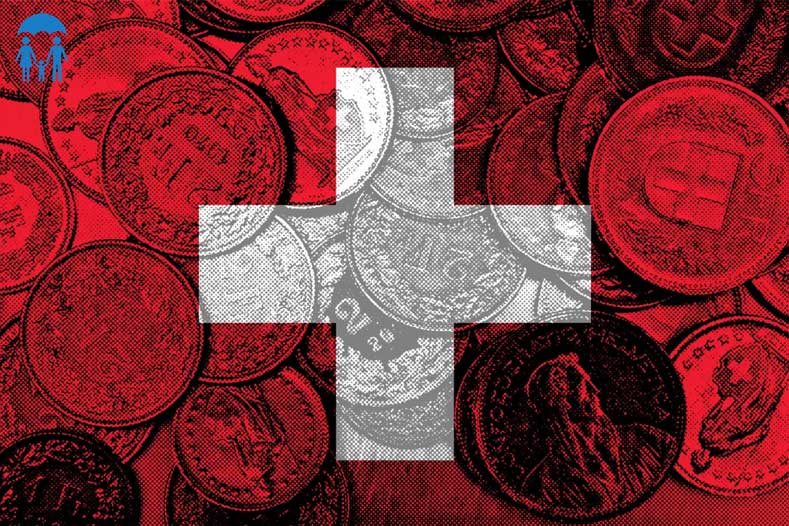 Switzerland is famed for its banking industry and the high levels of privacy the banks provide their customers. Here are some of the key aspects you should consider before beginning the process of opening a Swiss bank account.

According to Swiss law, nonresidents of Switzerland who would like to open a Swiss bank account must be at least 18 years old. Other than that, there aren’t a lot of restrictions. Your account can be in almost any currency, although most choose the Swiss franc, U.S. dollar, Euro or Sterling, and there is often no minimum balance required to open an account. Once you’ve started making deposits, however, there is a minimum balance you have to maintain that varies from bank to bank and by type of account.

Who can open a Swiss bank account?
Swiss banks are happy to have foreign residents as customers. You can hold an account in Swiss francs or in a range of other world currencies.
Each bank will set the minimum deposit amount for opening the account, so you will need to find a bank that will accept the amount of funds you have.

Which documents need for bank account?
✔ All banks will require customers to prove their identity with an official document, usually a passport.
✔ If you are not able to go to Switzerland in person to open the account, you may complete the procedure by post by sending a copy of your passport certified by an approved institution.
✔ By law, banks in Switzerland are not allowed to accept funds which they know or suspect have been obtained through criminal activities.
✔ Therefore, it’s normal when opening an account for the bank to ask for documents proving the origin of the funds.
✔ This could be a bank statement showing salary payments or documents from the sale of property.

If you’re opening your account by mail, you’ll need to have the bank applications sent to you to complete and sign along with the rest of the documents mentioned above.

One difference between opening an account in person and doing it by mail is the requirement of an apostille on the authenticated copy of your passport (and no, a driver’s license won’t be accepted as proof of your identity).

How private is swiss banking?
✔ It is illegal for employees of Swiss banks to reveal any information about customers’ accounts.
✔ This secrecy is the foundation for the success of the Swiss banking industry, so you can be sure that your privacy will be totally respected.
✔ You should note, however, that in recent years, several agreements have been signed between Switzerland and countries including the USA, Germany and the UK in attempt to crack down on tax evasion.
✔ These agreements mean that, while Switzerland fiercely protects privacy, there are some circumstances where banks must cooperate with foreign authorities.

Minimum deposits/balances and fees
Minimum balances vary greatly by type of account (i.e., a few thousand dollars to one million dollars or more). And, banks charge differing fees based on the types of transactions and the account type you have. For example, on a basic account, international bank transfers (outgoing) might cost $3 or $4 each. They may also charge $5 to $10 when you deposit international checks to your account. Annual account maintenance costs are charged based on the number of entries in your account statement and are sometimes in the neighborhood of 0.5 Swiss Francs (i.e., $0.41) per entry.

How to open anonymous account?
In fact, in Switzerland there is no such thing as a completely anonymous account and a bank must always verify your identity before opening an account for you.
However, if you are looking for the highest level of privacy from your bank, you may be interested in opening a numbered account.

You will still be required to prove your identity, but transactions related to your account will not be identified with your name, but instead with the number of your account.

For more information, get in touch with the bank where you are interested in opening an account and ask them which services they provide.

If this is out of your possibilities, e-banking can be another option as some banks let you open an account online by filling a form on their websites.

Are there specific nationalities that can not open an account?
Restrictions regarding nationalities vary from bank to bank and depend on the current political situation.

There might be political embargos that reflect restrictions – this is now the case of Russia and Iraq for example – or politically exposed people that will not be accepted.

Bigger banks like UBS or Credit Suisse are considered to be “too big to fall” during an economic crisis so your deposits are more than safe here.

Closing your account
You can close your Swiss bank account at any time with no restrictions or cost. You can get your money immediately and invested money as soon as it is liquidated.

Swiss currency
Since Switzerland is not part of the European Union, it is one of the few European countries yet to adopt the euro as their unit of currency. All payments in Switzerland must be made in Swiss francs (CHF), although you may find euros accepted in some places in major cities, the Swiss federal railway, airports, motorway tolls, and some coin-operated phone booths.
The Swiss franc is known as Schweizer Franken in German, franc suisse in French and franco svizzero in Italian.

Banknotes and coins in Switzerland
Swiss banknotes are issued in denominations of CHF 10, 20, 50, 100, 200, and 1000. They are distinguished according to their size and colour.

Swiss coins are issued in denominations of CHF 1, 2 and 5, and 5, 10, 20 and 50 centimes. Opposite to many other currencies, all Swiss coins are silver except for the 5-centime coin, which is gold.

International bank transfers may result in a fee from both the issuing and receiving bank. Swiss banks typically charge around CHF5–20 for sending payments (which doesn’t always include the receiving bank’s charges), and generally do not charge for receiving funds. As this is a fixed rate, it is typically cheaper than a money union for large sums and more expensive than online payment systems, such as Transferwise or PayPal, for small amounts. In addition, some banks may not be willing to send funds to certain countries, such as Somalia.